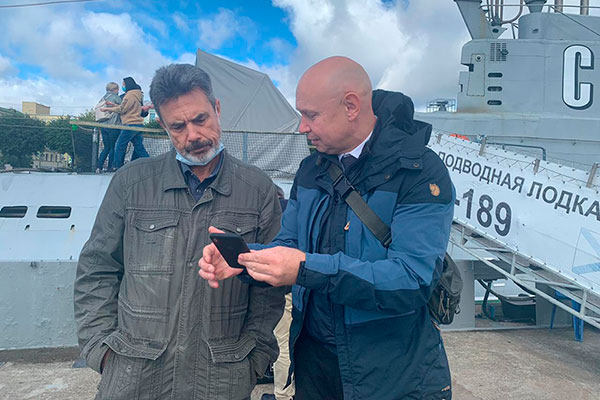 On September 9, 2020, during a work excursion to St. Petersburg, the top manager of the Association of Private Museums visited a remarkable exhibition hall of the Submarine S-189 Museum. Particularly for Alexey Shaburov and a gathering of representatives of the Association of Private Museums, a visit through the submarine museum was led by its chief, Captain Nikolai Vladimirovich Chernyshev. He demonstrated the battle compartments of the once imposing battle transport, told about the historical backdrop of the museum, depicted the troublesome way that the originators of the exhibition hall needed to defeat all together for the S-189 submarine to turn into an exhibition hall and the property of individuals, all who are not apathetic regarding the Russian submarine armada and its radiant stories.