Valery Lipenkov, the founder of the Sun Museum, passed away in Novosibirsk 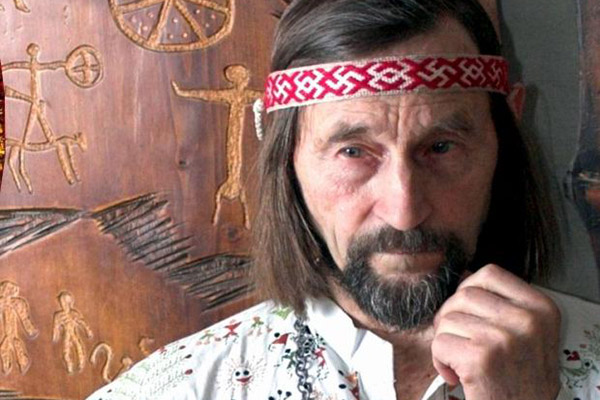 People come into the world and spend their short time here on earth to procreate and to make a mark in history. Happy is he who can use his energy and creative spirit to make this world a better place. According to his friends, that’s the kind of man Valery Lipenkov was. He passed away on August 25 in the hospital of Gorno-Altaysk at the age of 81.

Valery Ivanovich was born on January 27, 1941, in the Altay. He worked as a sailor, an electrician, a lab assistant, worked in the Institute of Nuclear Physics of the Siberian Branch of the Russian Academy of Sciences, but soon his thirst for art and spirituality prevailed over other creative interests.

V. I. Lipenkov first came up with the idea to open the Sun Museum in 1980, and after 13 years of following the dream, he made it come true in Novosibirsk Akademgorodok. It is worth mentioning that despite the diversity of museums in the world, there is no other museum that summarizes all humanity’s heritage related to the worship of the sun. Valery Lipenkov developed his passion for the Sun more than 40 years ago. He began to collect symbols, signs, myths, descriptions — everything sun-related. He pursued his calling as an artist, folklorist, teacher, opened a children’s club “Sunny”, ran a wood carving club but, most importantly, worked on the Sun Museum, a labor of love, to which he dedicated his whole life.

He collected more than two thousand images of the Sun in ancient and modern cultures: carved copies of cave paintings depicting sun gods and solar symbols by ancient peoples of Siberia, Far East, and other regions, as well as his own works. There are also works of artistic craftsmanship on display — embroidery, ceramics, macrame, birch bark, as well as poetry, hymns, myths, tales and legends about the Sun and solar deities, scientific and historical literature. The oldest exhibit in the museum is the image of the sun goddess Amaterasu from whom the Japanese imperial family is believed to have descended. Another topic he was particularly interested in was “Children draw the Sun”.

Valery Lipenkov visited India and Nepal many times, traveled to the places of life and work of the artist Nicholas Roerich, and in November 2008, was awarded the International Nicholas Roerich Prize and a diploma in the category “Education and Enlightenment”. Valery Ivanovich was a member of the Center for Educational Activities at the project of the UNESCO International Department at NSU and a professor of the International Slavic Academy.

The Sun Museum, created by Lipenkov in Akademgorodok, moved to Altai in 2015 but part of the exposition remained and continues to bring joy to citizens and tourists. Valery Ivanovich lived the bright, rich, positive life, filled with the energy of the sun. He left some of this energy in his exceptional museum.

Let this amazing person forever be remembered. Our sincere condolences to the family and friends of V. I. Lipenkov.