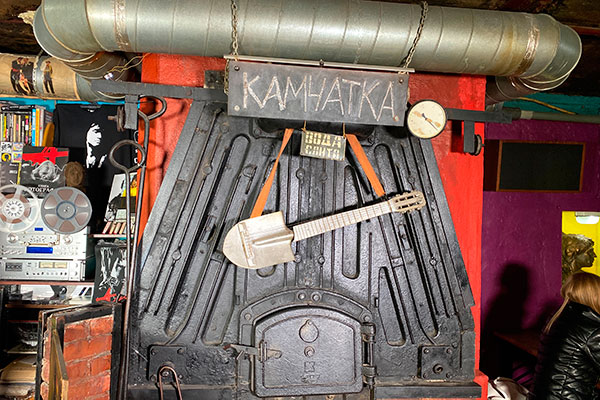 During a work excursion to St. Petersburg, the founder and head of the Association of Private Museums of Russia, Alexey Shaburov, visited one of the most unbelievable spots in present day St. Petersburg – the Kamchatka club museum. The Kamchatka club museum was established by Sergei Firsov in memory of acclaimed rock artists of the Soviet period, for example, Alexander Bashlachev, Svyatoslav Zaderiy, Andrei Mashnin, Oleg Kotelnikov, Viktor Bondarik, every one of these individuals were joined by the engine compartment in which they functioned as coal heavers and they engaged in creativity and gave little shows. Simultaneously, the most well known stoker was and remains Viktor Tsoi, on account of whose work this club got its name – “Kamchatka”.

Sergei Firsov personaly met Alexey Shaburov and told about the historical backdrop of the museum and about his work pointed toward saving the memory of one of a kind performers and the remarkable Soviet period of the 80s, the soul of which is passed on to the guests of Kamchatka.