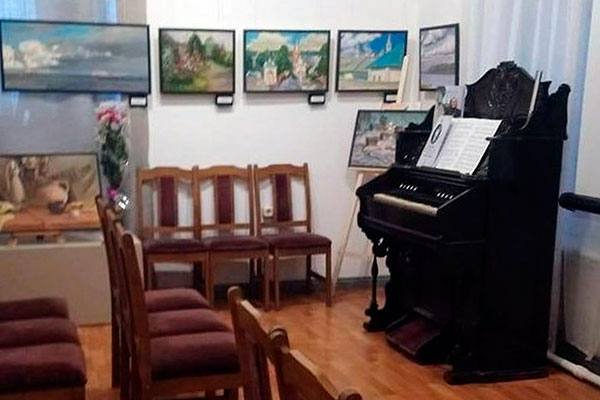 Sounding physharmonica in modern Russia is a great rarity. It is a pity that today the skills of restoration, reconstruction, and repair of physharmonicas are almost completely lost, and even more so the traditions of playing them and participating in concert programs of these ancient instruments. But once they were part of Russian musical culture. Physharmonicas were loved and were in demand among different social classes and people of different incomes and levels of education. They stood in the noble estates and in the classrooms of conservatories, in merchants’ houses and in parish schools, in Catholic churches and in the houses of Orthodox priests. Miraculously preserved instruments survived the First World War, the Revolution, the Civil War, the Great Patriotic War and Perestroika.

Back in 2008, at the request of Irina Belova, director of the Galich Museum of Local Lore, museum director Tatyana Kolesova began to study the museum exhibit – the physharmonica, which was restored by Nikolai Sotnikov. At first she was surprised and bewildered – what can be done with this miracle? However, once touched the keys, one would fall in love for the instrument!

In 2020, the idea of creating the museum turned into life within the walls of the city’s local lore museum.