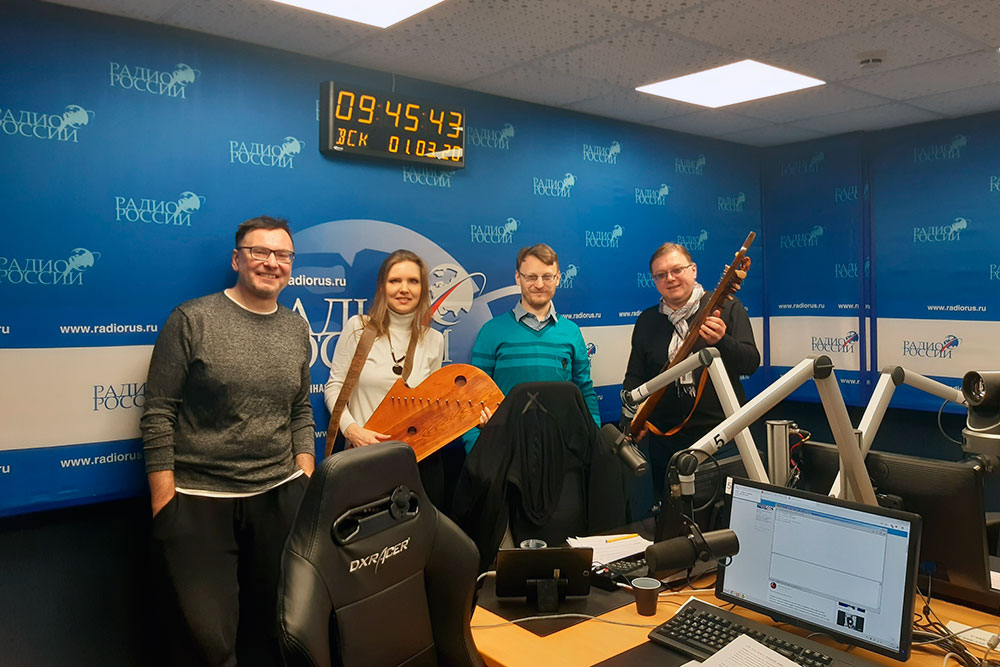 On March 1, 2020, Dmitry Paramonov, co-founder of the Museum of Russian Gusli and Chinese Guqin, took part in the Radio Rossii program as part of the Museum with Home Delivery campaign, where together with the hosts of the Good Start program Vadim Tikhomirov, as well as Dmitry Zhelobkov and Ekaterina Kuritsyna he talked about ancient musical instruments.

During the conversation, Dmitry told how, being a rock musician, he became interested in authentic folklore, why the accordion replaced the gusli in the XIX century, where he got acquainted with this instrument, what is common between the gusli and the guqin, as well as how the idea came up to him and Alexey Shaburov to create a museum.