Presentation of the seventh collection of scientific articles and materials “Belgorod Defense Line”, 12+ 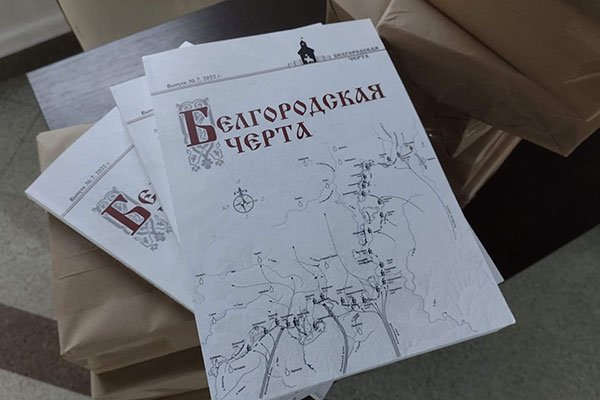 On December, 15 at 15:00 at the Belgorod State Universal Scientific Library the presentation of the seventh collection of articles and materials on the history of the Belgorod defense line, published with the support of the Government of the Belgorod region and the Russian Military Historical Society.

The seventh collection is the result of the All-Russian Scientific and Practical Conference “Belgorod Defense Line” (“Belgorod Frontier”) that was held in Belgorod on November 17-19, 2022.

The “Belgorod Defense Line”  conference is related not only to the history of the Belgorod land: the materials published in the collection based on the results of the conference are dedicated to a difficult, hard, and, in many ways, heroic time period – the XVII century, the time when the historical fate of Russia was decided on the southern outskirts of the country. To ensure the protection of the Russian land, defensive lines were built. The construction of the Belgorod line, which stretched almost 800 kilometres, allowed to successfully fight the invasion of nomads from the steppes and resist the Polish-Lithuanian state, which sought to seize the Russian land. It was when Belgorod became the centre of the Belgorod frontier that the fortress city Belgorod acquired national importance.

The new materials extracted by the researchers from the archives, as well as other results of the research work allow to present the processes that were taking place at the southern border of Russia in the XVII century in all their diversity.

The collection contains 37 articles. Historians and local historians from Belgorod, Moscow, Lipetsk, Voronezh, Tambov, Bryansk cover in their studies the construction of engineering structures and the deployment of the armed forces of the Belgorod defense line, the specifics of the management system and socio-economic processes in the area of the line, as well as archaeological, historiographical, archival problems of this territory.

The editors of the collection will speak at the presentation: Vladimir Zhigalov, Chairman of the “Historical society “Ratnik”, Chairman of the Interregional Public Expert Council on the History of Belgorod defense line; Evgeny Shvarev, Head of the Educational and Methodical Department of the Belgorod State Agricultural University named after V.Y. Gorin; and Elena Serdyuk, Executive Director of the Belgorod Regional Branch of the Russian Military Historical Society.

The guests of the presentation will receive about 100 collections. Part of the circulation was distributed in the framework of All-Russian Scientific and Practical Conference “Belgorod Defense Line”, another part will be handed over to the Belgorod State Universal Scientific Library, the Belgorod State Historical Museum and the State Archive of the Belgorod region.

For reference: The event is a part of the regional project “Belgorod Defense line: Formation of the Regional Identity”, supported by the grant of the Ministry of Public Communications of the Belgorod region.

The Belgorod Defense Line Historical Park is a member of the Association of Private and People’s Museums of Russia.