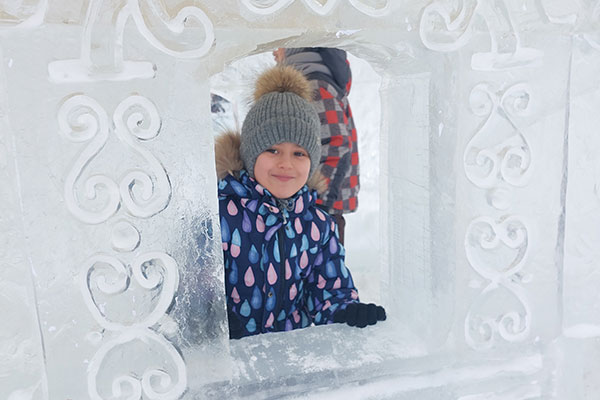 On January 15, 2022, a new unique project, the Ice Sculpture Festival “OUR Orekhovo”, opened in the village of Orekhovo in the Spassky district of the Ryazan region. The festival was organized by the team of the modern Cultural and Educational Agrocluster “Our Orekhovo”, architecture collective Ice-Building (Moscow) and the Association of Private and People’s Museums of Russia.

The concept of the project is to convey the best images from traditional Russian tales, such as the Bear, the Hare, the Fairy-tale house, the Tsar’s Throne, and the symbol of the year 2022 — the Tiger — in the ice sculpture.

The ice sculpture park was built openly in front of the audience. The works started on January 11, 2022, and on January 15, 2022, numerous guests came to see the renovated recreational park “Our Orekhovo” and its collection of unique ice sculptures.

The interactive program of the celebration included the figure skating performance by young athletes of the Iceberg Sports School (Ryazan), the concert of the Rossiyanochka choir of the Troitsky Village Hall structural unit of the municipal public institution EKS (United Club System), as well as the traditional Russian two-man saw log sawing competition. The skating rink “Our Orekhovo” was open for guests throughout the holiday, and the event ended with fireworks.

It is important to note that the infrastructure of Our Orekhovo Park already meets the high modern requirements for cultural and recreational facilities. The park is equipped with a comfortable change area and contactless payment vending machines. During public events, an exclusive cafe opens in the park. The organizers create conditions for a comfortable family holiday.