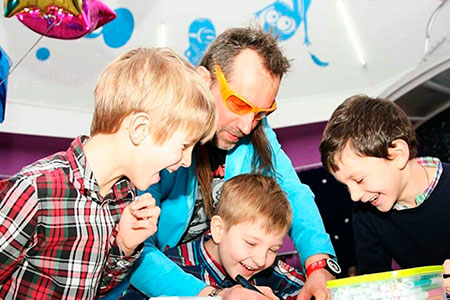 The Association of Private Museums invites you to the Moscow Animation Museum for the grand opening of the new interactive, entertaining and informative exhibition project “Labyrinth of Animation”, which will be held on December 15, 2019 at 17:00 in the Izmailovsky Kremlin in tower No. 5 (5th floor).

At the opening, visitors to the maze can not only see rare phases, sketches, documents from the private collection of the Bremen Town Musicians creator, Inessa Alekseevna Kovalevskaya, but also purchase a book telling about how the cartoon was shot, autographed by the director.

Guests will visit the scenery of the very garage with which the great Disney empire began, and get acquainted with a rich collection of stunning, vibrant exhibits testifying to the uniqueness of the work of the great master. A special reduced copy of the legendary animation stand will help them immerse themselves in the atmosphere of creativity and understand the basics of animation technology. After all, a garage is not just a decoration! This is a workshop equipped with everything necessary for filming a cartoon.

At the opening of the labyrinth, another unique objet d’art will be launched – “Buuunker”. This is our connection with the past! Once upon a time in Moscow, at the “Barricade” cinema theatre, one could see a collection of wonderful Soviet cartoons. Moscow Animation Museum revives forgotten traditions! In “Buuunker”, everyone will be able to watch a collection of cartoons shot by children in the traditions and technologies of the Soviet era. Some cartoons are winners and laureates of the Grand Prix of children’s art festivals.

Guests of the event will also be able to see and experience the world’s first and only animated attraction “Zoopro 001” and create their own short cartoon on it!

The Moscow Animation Museum was founded by the film company “Soyuzmultfilm Vi.Gi.V” with the direct participation of directors and artists of the film studio “Soyuzmultfilm” in 2006.

The creator of the image of Cheburashka Leonid Aronovich Schwartzman is the honorary director of the museum.

“This is the only museum in the world that promotes animation as the oldest art form on earth. The museum has collected rare, unique exhibits that visually represent the variety of animated creative work. The most expensive and invaluable objects in the museum are interactive programs for creating cartoons. In a short period of time, not only children, but also adults, under the guidance of experienced animator-instructors, create their own small animation masterpieces. During the existence of the museum, thousands of workshops have been held!

The program for creating auteur cartoons with the method of full immersion allowed the museum to collect a unique collection of children’s auteur animation. These are works created by children of various ages who do not have special skills in creating cartoons. Kind and sincere, without a cold nacre sparkle, without indifferent special effects pushing to the ground, they revive long-forgotten feelings that raise the spirit of patriotism among the people, shape public opinion, inspire confidence in the future, a sense of pride in the country and its multinational people. So be like children! Do not be afraid to create and do stupid little things. Make cartoons and be happy!”