Granddad’s Attic Museum: Every Object Around Us Has a Story to Tell 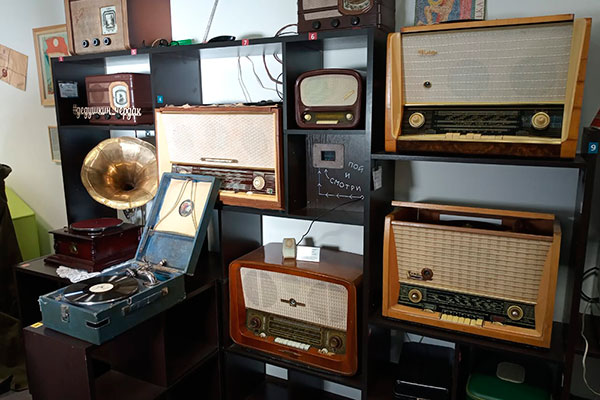 Most of the objects that are around us have come a long way of improvement before coming into the modern world in the form we are used to. The founder of the Granddad’s Attic Museum, Pavel Britov, calls his museum the first interactive entertainment museum in Russia for children “from one to one hundred and one years old”. In other words, Granddad’s Attic is a living history museum that not only tells about the history of technology in different years, but also develops, educates and entertains visitors with the help of exhibits. Here the exhibits are divided into thematic sections and arranged according to the principle of their chronological appearance in history, from the most primitive, which were used by our ancestors many years ago, to the modern ones, which we use nowadays. Thus, you can see how in different periods of history the technologies looked like, the functional task of which did not change, and how it improved over the years.

Once, one of the hardest domestic work for women was the laundry. In 1833, a washboard in the form of a ribbed tin in a wooden frame was patented. Some people still remember very well how they put a washboard in a bowl of soapy water and rubbed their clothes intensively on its ribbed surface. After such a procedure, housewives had to literally wipe sweat from their faces, because the work was not easy; they were not pleased with their fingers all in blood either. In the 1950s, washing machines appeared. With their help washing was done out by rotating the impeller inside the tank. Such machines first operated from a 127 volt network (this was the voltage used in the USSR’s electrical network). After the 1960s, a step-down transformer was used for their operation. Later, washing machines were equipped with a special device for wringing out clothes – two rubberized squeezing rollers through which wet clothes passed. A modern example of a washing machine is also presented here. Its body is transparent; this is done so that visitors can see how a modern and familiar object is arranged from the inside.

Similarly, other exhibits are presented in the museum. Communication means – ranging from intercom pipes, which served as intercoms on fleet ships, and devices that allow transmitting signals over a distance using Morse code, to disk and push-button wired telephones. If desired, you can make a call from one telephone to another.

“Despite the fact that sometimes children break our exhibits, everything is available to be touched. This is our small contribution to the fight against digital madness. Children cannot press buttons as they are afraid. They “stroke” it, but nothing turns on – the button has no “sense of touch” through tactile sensations. We thought that children did not see the dialer, but they come and are surprised even at the telephone receiver, which they only saw as an icon on the green button of a mobile phone. We will never forbid children to touch our exhibits,” said Pavel Britov.

The museum also has a full range of radios, from old vacuum tubes to more modern transistor ones. There is also an exclusive exhibit – a black loudspeaker plate, from which the voices of the legendary Soviet announcer Yuri Levitan and the first cosmonaut in the world Yuri Gagarin were heard.

“We believe that the equipment in the museum should be alive, and whenever it is possible we try to keep all the equipment in working order. Old exhibits should speak in an “old voice”, just like this loudspeaker plate; it was brought to us from Kerch”, – explained Pavel.

In addition, at the exhibition you can see old radio tape recorders, gramophone players, phonographs and the so-called “reel-to-reel” recorders. Similar ones were shown in Soviet films.

Besides that, there is a collection of antique cameras. A separate hall is dedicated to trade. You can also find the oldest exhibit of the museum here – a large trading scale from 1846. On a large table there is a model of a railway with a rolling stock; some attributes are presented that at different times were used by people whose profession was associated with the railway.

A tour to the Granddad’s Attic Museum for the Association of Private Museums of Russia took place last Tuesday, October 27th. The museum is located on the territory of the Izmailovsky Kremlin in Moscow, and is included in the catalog of our Association.