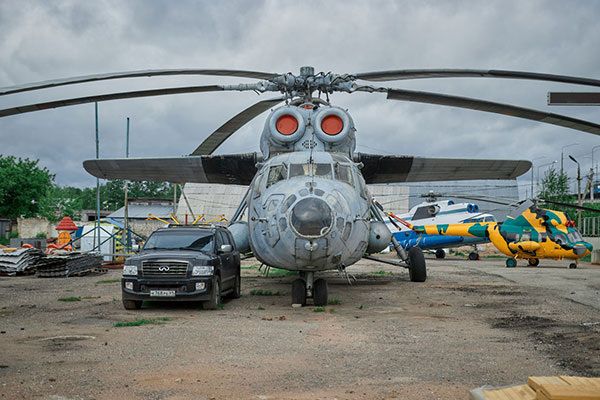 Welcome the Helicopter Museum, a new member of the Association of Private and People’ s Museums of Russia. The museum’s founder is Alexey Igorevich Cherepnov.

“I am especially proud of my father, who flew the legendary Mi-6 during two wars in Afghanistan, took part in liquidation of consequences of the explosion at the Chernobyl nuclear power plant and went through military operations in Georgia,” comments A.I. Cherepnov, founder of the Helicopter Museum. The main idea of the museum is to draw attention to the city of Torzhok as a centre of Russian helicopter aviation, to popularise the profession of a helicopter pilot and to preserve the memory of fallen military helicopter pilots. The concept of our museum is based not only on the external appearance, but also on the internal substance, and is supplemented with interesting interactive content. It all began with the purchase of the legendary Mi-8 helicopter. The operational documentation states that the helicopter flew in the north and even almost reached the North Pole. The helicopter can rightly be called a ‘film actor’: it was this Mi-8 that appeared in the action-adventure drama ‘Fire’ (starring Konstantin Khabenskiy). A sad fate awaited the vehicle after the shooting of the film – it was to be cut up for scrap metal. It appeared that in a film crew there were people who knew about Torzhok and about its helicopter symbol of 80th and exactly with their help Vertical company could save the equipment from destruction.

The team of the Helicopter Museum restores helicopters to their working condition in order that everyone could see and get acquainted with each exhibit personally and learn historical facts about each machine. Visitors are able to take part in some interactive process. For example, visitors together with a guide-pilot will have to prepare the helicopter for flight and imitate the engine startup, the entire process being accompanied by noise and tactile effects.