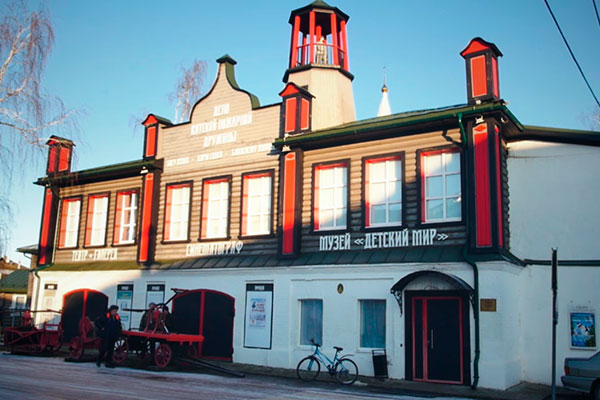 If you think that the village is five houses in two rows and in the middle of the general storehouse, then we suggest you watching the film “Unique Places of Russia” and make sure that this is not like that. There is the village of Vyatskoye on the map of Russia that forever destroys these stereotypes. No wonder tourists call it an open-air museum. Vyatskoye is so rich in sights that having arrived here for the first time, you do not know where to start your tourist route.

According to traditions every year Historical-cultural Center  “Vyatskoye” under the name of E.A. Ankudinovoy opens new museum-historical places. By the way, in 2019, for the first time “the Sounds of Time” Musical Museum, “Rigla” Pharmacy Museum, the Art Gallery under the name of  N.A. Nekrasov were opened, and the Museum of Russian Entrepreneurship, the Museum “Detsky Mir”, which received the second name “New Year is all year-round”, were also updated. In total, today the Vyatsky museum- touristic network has 14 museums of various subjects, a hotel complex, a multimedia restaurant, and dozens of restored cultural monuments.

The film “Unique Places of Russia” tells about the last two “novelties” of the village, which will surely interest guests of  Vyatskoye. We are talking about the new exposition of the Museum “Detsky Mir”, created on the basis of a collection of New Year’s toys, postcards, garlands and posters of the famous TV presenter Alexander Oleshko, and a multimedia restaurant where you can taste delicious dishes of Russian and European cuisine, and take a virtual trip to different continents and countries of the world.